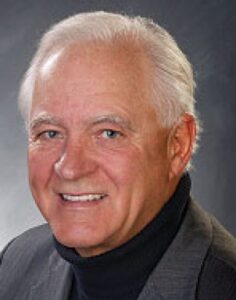 With more than 40 years’ experience as a practicing physician — with 25 years spent operating within the highest levels of hospital management both public & private around the globe — Dr. Eric Parsons understands the inner workings of the healthcare system.

Eric graduated from Dalhousie University’s Faculty of Medicine in 1971, and practiced medicine in Central Newfoundland for the following 10 years. Accepting a two-year assignment with the Ministry of Defense and Aviation in the Kingdom of Saudi Arabia, he spent the next seven years working as a Family and Emergency Physician — ultimately becoming the Director of Ambulatory and Emergency Services for the Southwest Region .

Returning to Canada in 1987, he became Medical Director — and later CEO — of the General Hospital, at the Health Sciences Centre; the Teaching Hospital for Memorial University’s Faculty of Medicine. With the amalgamation of all hospitals in St. John’s he assumed the position of VP Professional Services and responsible for Medical Administration , until moving to Western Newfoundland as CEO/Medical Director of the Western Health Care Corporation.

In 2000, Eric joined InterhealthCanada and moved to Abu Dhabi to assist in the commissioning, staffing, and subsequent management of the Shaikh Khalifa Medical Centre (SKMC) — a 300-bed tertiary hospital. Over the next 12 years, he assumed the positions of Medical Director and CEO of SKMC, and subsequently the CEO and Board Chair of InterhealthCanada.

If you have a question for us or are interested in becoming a CanAm client, please complete the form below and we’ll be in touch quickly.