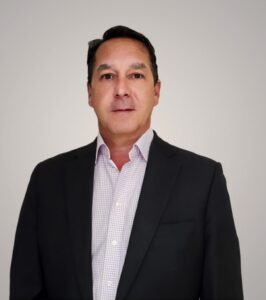 John Philpott is the Founder & CEO of CanAm Physician Recruiting Inc. CanAm has been a leading physician recruitment and placement company in the Canadian and international markets for over 20 years. John and his associate recruiter staff have successfully placed and managed career transitions for over thousands of doctors. CanAm continues to thrive with a focus on the Canadian market. As CEO of CanAm Physician Recruiting, Inc., John consults with physicians, hospital administrators, government officials, and private clinic owners.
Mr. Philpott was also the President & CEO of Canabo Medical Corp, where he led the executive team through a successful public listing for Canabo (TSXV: CMC). In 2018, John managed the merger of Canabo with Aleafia Health Inc (TSXV: ALEF) in a transaction valued at $40 million resulting in combined operation with a market cap of over $200 million at the close of the merger. TSXV announced Aleafia as one of the top 50 best run companies listed on the exchange for 2018.

As a skilled negotiator, in less than 2 years, John scaled the company from 1 Toronto clinic with 2 part time physicians to 24 clinics across Canada with 140 recruited physicians supported by a national call center. In 2019, John had taken his Canadian IP in medical marijuana to Europe with a Canadian based distribution company called Melorganics- Hellas (MH), a Greek Company wholly owned by Canadian corporation 2699598 Ontario Corp. MH has entered the medicinal marijuana and CBD market(s) as a seller in Europe under European Union Laws. MH has distribution agreements for Europe with North American Medical Cannabis companies. MH will provide the know-how of the European market and currently has its headquarters in Athens.
Mr. Philpott is a past board member of the Canadian Association of Management Consultants (CMC) and a previous executive board member of the Halifax Club, as well as the Oakfield Golf and Country Club. Currently, John is a board member of E-Tech Resources (TSXV: REE) and serves as a board advisor to many private equity companies.

If you have a question for us or are interested in becoming a CanAm client, please complete the form below and we’ll be in touch quickly.